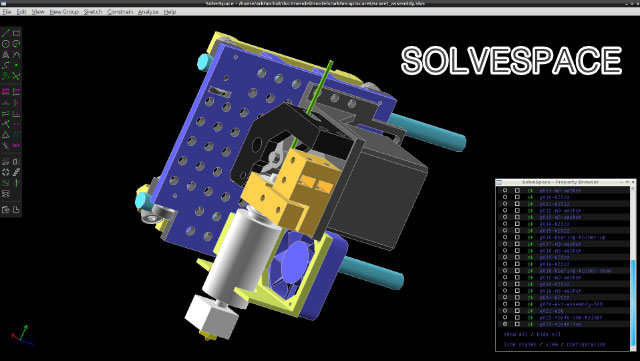 CAD software is an important tool for professional architects, engineers, animators, and graphic designers. It takes a lot of practice and skill. If you need free CAD software or 3D modeling tools, but you’re not sure which one is right for you? Check out our selection of 5 of the best free CAD software tools. It includes 2D/3D CAD programs for beginners, intermediate and advanced users.

3D Builder is a 3D modeling tool developed by Microsoft, 3D Builder is powerful and can meet all the requirements of the majority of people’s 3D modeling, the software not only supports the traditional Win7 Win10 system, but also supports Win10 mobile phone and XBOX one platform.
View, capture, personalize, and print 3D models using the 3D Builder. Download multiple 3d files and edit them using the 3d modeling space. Use a webcam to take photos and make them three-dimensional. Personalize 3d files by applying embossed effects to your name, or by innovating by combining models and parts together.Generate from scratch using simple shapes.

Wings 3D is a powerful and easy to use modeling tool, mainly used for 3D polygon modeling operations, with simple operation, support and pov-ray and YafRay plug-in compatible, support automatic UV mapping and other functions.

FreeCAD is an open source CAD/CAE tool based on OpenCASCADE. OpenCASCADE is an open source CAD/CAM/CAE geometry model core, from Matra Datavision, France, is the famous CAD software EUCLID development platform.
FreeCAD is designed directly for mechanical engineering and product design, and is also suitable for engineering, such as architecture or other engineering majors. FreeCad helps you build and assemble components, that is, a lot of 3D parts.These parts are 3D fixed models that can be connected or assembled by joining, restricting, executing, popping, adjusting, or controlling.These parts and their connection constitute the so-called structure and device, called mechanical assembly.By changing the shape, size, and form of the attachment, you can simulate the system without using a physical model.

Blender is an open source, cross-platform, versatile 3d animation software that provides a wide range of animation short film production solutions ranging from modeling, animation, materials, rendering, to audio processing, and video editing.It has a variety of user interfaces that are convenient to use under different working conditions, including built-in green screen image match-making, camera reverse tracking, mask processing, late node synthesis and other advanced video solutions.It also has built-in cartoon FreeStyle and Cycles renderer based on GPU technology.Python as a built-in script, support for a variety of third-party renderers.

Cross-platform support, which is based on OpenGL graphical interface is the same on any platform (and can be customized by Python script), can work on all the mainstream Windows(10, 8, 7, Vista), Linux, OS X and many other operating systems.

Each release has more than 200,000 downloads worldwide.